Every year I see people posting in the couchsurfing punk rock group asking about Rebellion Festival – there are much better, more intimate festivals with real DIY punk bands (and minus the boneheads). 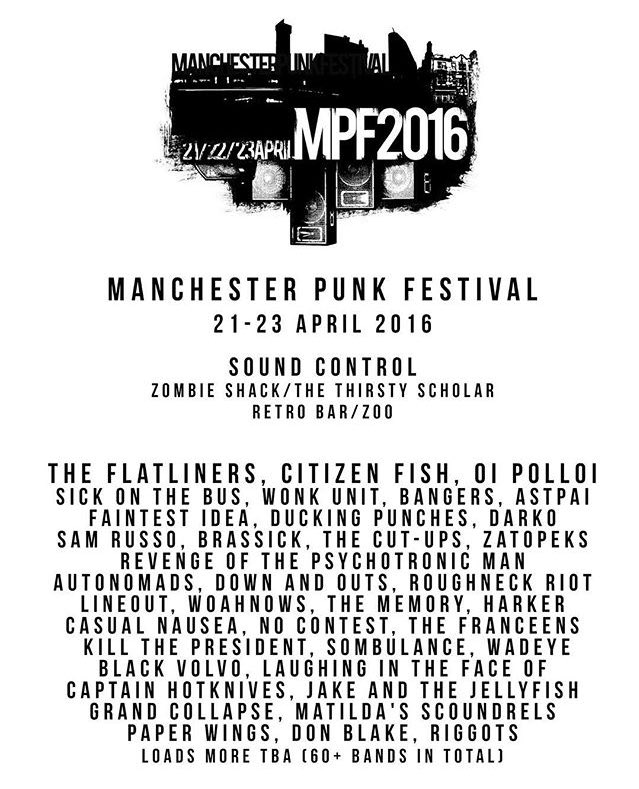 Antifascist festival based in Manchester

The original Dirty Weekend Festival actually started out in North Wales as an alldayer but has grown into a really cool diy, not for profit festival aimed at raising money for charity. This year it’s got a new name, but the same crew and the same ideals. Closest airports is Bristol or maybe Birmingham. Check out the lift share group on facebook | Facebook Event | Common Ground Festival

March of the Penguins – Manchester August 2016

Any festivals listed on here do not tolerate dickheads – the purpose of this post is to get people – especially from overseas – to visit decent diy festivals. Everyone is welcome – as long as you are not a dickhead. Zero tolerance to racism, homophobia, misogyny etc – if you feel any of the latter apply to you – maybe you should go to Blackpool 🙂